Answer us when we call, O God.
Be gracious to us and hear our prayer.
When we are in distress, you make space for us.
You put gladness in our hearts,
as with a fine feast.
When we are disturbed, may we not sin,
but ponder things on our beds, and be silent.
We will lie down and sleep in peace.
For you alone, O Lord, make us lie down
in safety.

praise God in the mighty firmament.

praise God with lyre and harp.

4Praise God with tambourine and dance;

praise God with strings and pipe.

6Let everything that has breath

A reading from:  Mark

9 Very early on the first day of the week, after Jesus had risen to life, he appeared to Mary Magdalene. Earlier he had forced seven demons out of her. 10 She left and told his friends, who were crying and mourning. 11 Even though they heard that Jesus was alive and that Mary had seen him, they would not believe it.

12 Later, Jesus appeared in another form to two disciples, as they were on their way out of the city. 13 But when these disciples told what had happened, the others would not believe.

14 Afterwards, Jesus appeared to his eleven disciples as they were eating. He scolded them because they were too stubborn to believe the ones who had seen him after he had been raised to life. 15 Then he told them: Go and preach the good news to everyone in the world. 16 Anyone who believes me and is baptized will be saved. But anyone who refuses to believe me will be condemned.  17 Everyone who believes me will be able to do wonderful things. By using my name they will force out demons, and they will speak new languages. 18 They will handle snakes and will drink poison and not be hurt. They will also heal sick people by placing their hands on them.

This portion of Mark, verses 9-18, is usually marked as doubtful. Even in the second century, some ancient authorities said they thought it should not be included. Others say it definitely should be there. The language is different, giving a summary of events instead of telling the story as the rest of Mark does. One thought is that the last page of authentic / original Mark went missing and scribes who were making copies added something from another source just to complete the story.

We usually say Mark ends at Chapter 16 verse 8. The women fled from the empty tomb, in fear and amazement. But, tonight we have a chance to explore these questionable verses, often called The Longer Ending of Mark.

These verses describe the disciples’ response to the news that Jesus had been raised from the dead. The first little comment has Mary Magdalene going to the tomb and Jesus appears to her. But the disciples heard her report, they would not believe it. 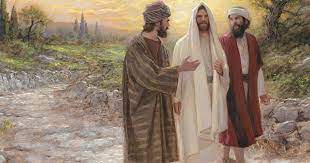 The second little report is of the two Emmaus disciples. Jesus reveals himself to them. But when they return to the rest of the disciples, there is again a refusal to believe. 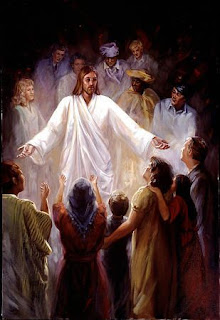 The third and longer story has Jesus revealing himself to the eleven disciples. Jesus scolds them for their lack of faith and their stubborn refusal to believe the reports given by others who had seen him already.

After this rebuke he commissions them to go into all the world and preach the good news. Those who believe will be saved; those who do not believe will not be saved. Those who believe will have the power to cast out demons, to speak in new languages, and they will lay hands on the sick and they will be healed. I am intentionally omitting the part about snake handling and poison, since many have died believing Jesus would protect them in any and all circumstances. 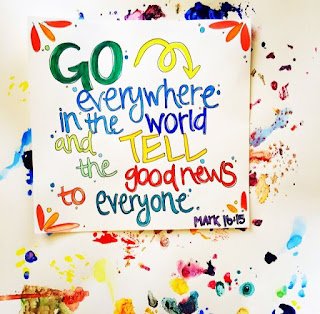 In brief, this passage has one message for us: we should believe that Jesus has been raised from the dead and our belief should send us to all the world with this extremely good news. This belief in Jesus should fill us with the excitement, the passion, to tell others that God is more powerful than death.

And it should fill us with the belief that when we tell others about Jesus, he will help our listeners to hear us, so they can also come to believe. In this way, one day, the good news will spread to all the world. Amen

In peace let us pray to the Lord, saying, “We pray to you, Lord.”

That this evening may be holy, good, and peaceful, We pray to you, Lord.

That the work we have done this day and the people we have met may bring us closer to you, We pray to you, Lord.

That we may be forgiven our sins and offences, We pray to you, Lord.

That we may hear and respond to your call to peace and justice, We pray to you, Lord.

That you will sustain the faith and hope of the weary, the lonely, and the oppressed, We pray to you, Lord.

That you will strengthen us in your service, and fill our hearts with longing for your kingdom, We pray to you, Lord.

For all this and more, We pray to you, Lord. Amen.

Our Father, who art in heaven, hallowed be thy name, thy kingdom come, thy will be done, on earth as it is in heaven. Give us this day our daily bread; and forgive us our trespasses, as we forgive those who trespass against us; and lead us not into temptation but deliver us from evil. For thine is the kingdom, and the power, and the glory, forever and ever. Amen.

Christ is alive and has met us here.
Now let us meet God’s Spirit + among friends, strangers,
and in all of creation. Amen.

Posted by Pastor Lynn Fonfara at Wednesday, April 21, 2021 No comments: 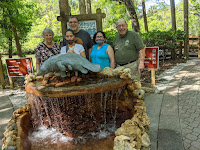 Late in March, my son Dan and his family came from Arkansas to visit. It has been a few years since we’ve seen them. COVID seemed to make the distance worse, since travel was not possible. Mike and I watched and waited for them to show up, regularly checking for texts and looking out the door to see if they were here yet.

Once they arrived, I could hardly wait to get my arms around my kids. I was thinking, “Is it really you? Are you really here?” I suspect this is some of what the disciples were thinking when Jesus appeared that Easter evening.

The third Sunday after Easter is always a story about Jesus eating with his disciples. We pick up the story from Luke. The previous story is about Jesus meeting with two disciples walking on the road to Emmaus. They talk with him, he tells them how the crucifixion and resurrection fits with all of Scripture, and they invite him into their home. They offer him some supper, he prays and breaks the bread, and suddenly they recognize him in the breaking of the bread.

Our story today begins after the Emmaus disciples have returned to the upper room. They shared the story of seeing the risen Jesus, and they learn that Peter has also seen Jesus. Suddenly, Jesus appears in the room. They have been hoping he would appear to them all, but they are also startled and fearful.

It is a time when there are a lot of superstitions, and ghosts are on the list of things to fear. There are some tests prescribed to make sure that a person is not a ghost. First, their hands and feet should look and feel normal. This is to show that they have bones, the way a normal person does.

And second, they need to make sure the feet are touching the ground. Ghosts hover off the ground, while a real person’s feet touch the ground.

Third, ghosts can’t eat food, so Jesus asks for some fish and eats it in front of them.

Jesus has proven he is not a ghost, that he really stands in their midst, that he has really risen from the dead. Now, as he did with the Emmaus disciples, he reminds them of what he has taught them. He reminds them that what has just happened to him, his betrayal, arrest, trial and death, were all scriptural. This suffering and death has been God’s Plan A all along.

Now, the disciples are witnesses to his resurrection, and to his teaching. This all happened so God’s people could understand what God wants from them. The disciples have been called by Jesus, have learned what he could teach them. They have witnessed that God has power over everything, including death. They are now being sent to share this good news with the world. 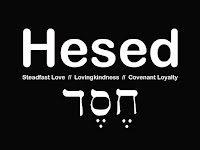 A word that appears 248 times in the Hebrew Bible, mostly in Psalms and the Prophets, is hesed. It’s Hebrew for God’s mercy, grace, lovingkindness, or steadfast covenant love. As often as it appears, we are right to think hesed says a lot about how God loves us and how God wants us to treat others.

Jesus constantly demonstrated hesed with everyone. He treated everyone with respect, with kindness, with mercy: the disciples, the leaders of the community, the common people, foreign women, even the Romans as they were judging and executing him. The disciples have been witnesses to this, and Jesus wants the disciples to continue to treat people this way.

Two thousand years later, we are the beneficiaries of the first disciples, who gave their lives being witnesses to Jesus resurrection and his demonstrations of hesed. If no one told us about Jesus, we would never have come to know him and experience the love of God expressed in community. 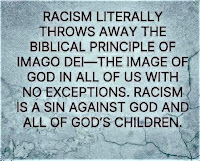 These are wonderful and very important ways to care for our neighbors. Just as important is seeing everyone through Jesus’ eyes. Jesus treated everyone he met with grace. He healed them, he fed them, he argued with them, he taught them to see each other as God sees them.

God loves each person on earth as God’s own beloved child, made in God’s own image. It doesn’t matter to God how they worship, where they live, how they express their sexuality, what language they speak, or how much money or political power they have. Although, … God does care that people have enough money and power to live meaningful lives.

We are not sent out alone. God’s Holy Spirit accompanies us wherever we go, encouraging us, challenging us to speak Jesus’ name, to be merciful, to love as Jesus loves. Let’s live and love like Jesus, trusting that because the tomb is empty, God can do anything through and with us. Amen 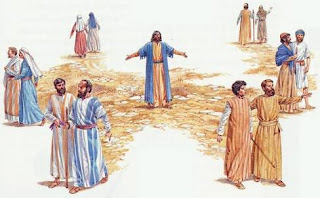 Posted by Pastor Lynn Fonfara at Sunday, April 18, 2021 No comments: