On Not Defining the Divine 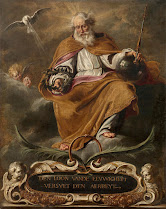 What does God look like to you? If we were gathered in person, I would ask for your responses. But I can’t, so I am going to make some guesses.

When I was growing up, I had a Bible story book with an image of God as an old white man with a long flowing beard and sitting on a throne, kind of like this one.

Similar to that image of God is this one, from the Sistine Chapel. This God looks strong, virile, and again a white man with a long white beard. 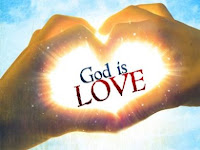 Some of you may say God is love. There are lots of images of love, but since love is a feeling, we have to use our imagination more. Maybe you imagine Spirit coming to you in a hug or a whisper.

Some of you may say, God is light or energy. This is even harder to express in an image. This image of God as light uses our minds more than our hearts. It could also be a flash of inspiration, a nudge from Spirit as we finally see the solution to a puzzle we have been working on. 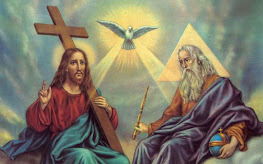 And, of course, we have lots of images of what Jesus – God-with-skin-on – looks like. Here is God as the Trinity – with God the Father as an old white man with a beard, Jesus holding the cross, and a dove representing Spirit.

No images of Jesus were made in his time, so we really don’t have a clue about the way he looked. This image of Jesus is from scientists working with archaeologists to imagine what a man of Jesus’ time and place might have looked like, with darker skin, short hair, and trimmed beard.

My favorite image of Jesus might be this one. This is Jesus out on a fishing boat, swapping jokes with the disciples.

… In our texts for today, Moses and the disciples had their own images of God.

Suddenly, he sees a bush on fire but not burning up. Moses hears God’s voice say, “Take off your shoes. You are standing on holy ground.” We might wonder why God asked Moses to remove his shoes. Usually, it would signify that it is a sign of respect for what the voice in the bush claims is holy ground. But Moses doesn’t seem to be showing a lot of respect here. He argues with God, instead of simply accepting the assignment.

They have a long conversation in which God says, “I have a job for you. You are going to get the Israelites out of slave bondage in Egypt.” Moses replies with, “Why me?” and, “I can’t do that.”

When Moses asks, “What is your name?”, he is trying to figure out who this God is, what God looks like. Egyptian gods look like birds, cats, crocodiles, and beetles, so Moses is trying to fit this God into his set of divine images. God replies, “I am the God of your ancestors, Abraham, Isaac, and Jacob. My name is ‘I am who I am’.”

… In the Gospel texts, the disciples are trying to figure out who Jesus is and how he relates to God. Last week, Peter said, “You are the Messiah, the Son of the Living God.” This week, Jesus says, “We are going to Jerusalem, where I will suffer and be killed and be raised from the dead.”

But the disciples can’t grasp this image of a God who would come in the flesh and allow himself to be put to death. Peter says, “Oh, come on. That’s not gonna happen to you!” 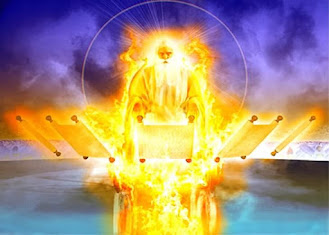 It always intrigues me that they never seem to hear or question the final part of Jesus’ statement, that after three days he will be raised from the dead. They only focus on the suffering and dying part of what Jesus says. Being raised from the dead doesn’t make any sense to them. Once you are dead, you are dead. That can’t change. So, the resurrection will forever change their image of who God is and what God can do. 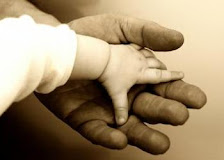 … We all have our own images of what God might look like or feel like or do. In Genesis we learn that we are made in the image of God. What does God look like if we are made in God’s image?

God does not look like an old white man with a beard sitting on a throne. That may be one image of God, but God is so much more than that. God looks like all people, of all colors, all abilities, all genders, all sexual orientations, all ages, all sizes, all nationalities, all religions. God looks like a huge variety of people, with a wide range of abilities and interests and gifts.

God looks like people who take off their shoes and get comfortable before having a chat with God.

Like Peter, we have a tendency to limit what we think God can do. We forget that the tomb is empty, and if God can conquer death, God can do anything. Our God is a God of possibilities, infinite possibilities. And a God who works in ways that are beyond our human understanding 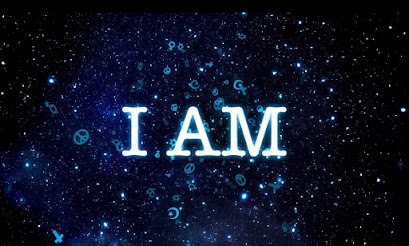 We can all have a different image of who God is and what God might look like and what God can do. In truth, God is best known as “I am who I am.” Amen
Posted by Pastor Lynn Fonfara at Sunday, August 30, 2020 No comments: