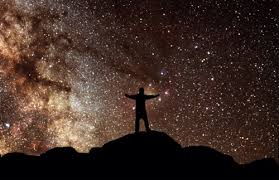 I have always loved this story from Genesis, in which God promises Abram and Sarai that they will have as many descendants as there are stars in the sky. At this point in the story, they are about 77 and 67, well beyond normal childbearing years.
They are afraid they will never have children, and the wealth they have accumulated with a lot of hard work and God’s blessing will be given to a slave in the household. In response, God promises that the promises made will be fulfilled. And Abram believed God.
The last sentence in the text reads in the NRSV, “And Abram believed the Lord, and the Lord reckoned it to him as righteousness.” But many folks believe the translation is not quite correct. In the original Hebrew, there are no names, only pronouns, so it reads: “And he reckoned it to him as righteousness.” So, we could just as easily, and more properly interpret the sentence to read: “And Abram believed the Lord, and he reckoned it to the Lord as righteousness.” Abram believed God’s promise and his fear of being childless was put to rest, for the moment at least. 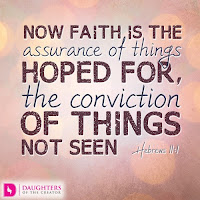 The letter to the Hebrews, by Paul or another writer, remembers the story and gives credit to faith in God. By faith … by faith … by faith … and then describes what faith is to him. Now faith is the assurance of things hoped for, the conviction of things not seen.
It was by faith that Abram and Sarai packed their belongings and their servants and some of their family and moved west. They kept on going until God said, “here is where I want you to stay and make a home.” They had no idea what their life would be like, only that God was leading them and it would be really good, eventually. If they were sometimes afraid, God reassured them. They believed God’s promises.
Jesus makes promises, too. “Do not be afraid, dear ones,” he says. “It’s your Father’s good pleasure – delight – to give you the kingdom.” Many people assume the kingdom refers to heaven, a place where we imagine we will go when we die. And this is one meaning of God’s kingdom.

But, in the Gospels, the phrase ‘Kingdom of God” or “Kingdom of Heaven” does not refer to something in the future. It refers to the here and now, today, in our midst. It refers to the reign, the ruling, the sovereignty of God in the world. It means that Jesus’ power is present with us, loving us, and giving us what we need. We can trust this promise from Jesus, and do not need to be afraid.

We can look around and see signs of the reign of God everywhere we go. Last week, my Kiwanis Club held a Christmas in July party for some homeless children in the county. These families are homeless for various reasons, including abuse. The parents and children were afraid they would go to school without school supplies. They were afraid to play on the monkey bars because they had no underwear. They were afraid they would have no shoes.
The Christmas in July program provided these basic needs for the children. We invited the families to a party, to give them a good time, where children could just be children, and believe that through Kiwanis God fulfills God’s promises to take care of them. The reign of God is working to defeat some of the effects of homelessness and to take away some of the fear.
The Kiwanis Christmas in July event is a local program. The ELCA Malaria Campaign is a worldwide program, to eliminate malaria, especially in Africa. 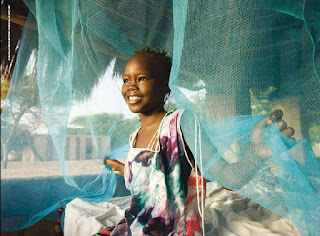 In 2009, the ELCA voted to begin a campaign to raise $15 million to fight malaria. Everyone was afraid they would get malaria.
Through education about the disease and its spread, the distribution of insecticide-treated bed nets, and the treatment of pregnant mothers to prevent malaria in their infants, the death rate due to malaria has been slashed. Because everyone is healthier, parents can get and keep work and support their families.
We have been God’s hands, bringing the reign of God into the midst of those who live where malaria is still prevalent. They are no longer so afraid of getting malaria, because the ELCA promised to help them, and we have kept our promises. There is still work to be done to eradicate malaria, and we will keep at it, because together with God, we Lutherans keep our promises.
You can read more about the Malaria campaign on the website: https://www.elca.org/en/Resources/ELCA-Malaria-Campaign 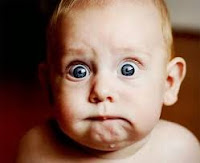 So, in the face of our fears, we can turn to God in faith, knowing that God hears us when we are afraid, and keeps God’s promises to be with us, to care for us, and to provide for us what we need. We can also trust that God sends us to be God’s presence and God’s hands in the lives of those who are afraid.
This week, if you are afraid, ask for help. If you notice someone is afraid, be God’s presence for them.


Please pray with me. Jesus, we are often afraid. Thank you for being with us and reminding us of your love and care for us. Thank you for sending us to be your hands and your heart with those who are afraid. Lead us to believe, and to help others to believe, in your promises. Amen
Posted by Pastor Lynn Fonfara at Sunday, August 07, 2016 No comments: