As Jesus was preparing the disciples for his death and resurrection, the night before he died he gave a lengthy farewell speech. He washed the disciples’ feet – even those of Judas who would betray him, and those of Peter who would deny him. The message of his speech is to love everyone as Jesus loves them. It’s a new commandment, one that can replace the original Ten Commandments, one that can replace the 613 commandments found in the Hebrew Scriptures. Jesus said: Love me. Love one another. Love all as I have loved you. 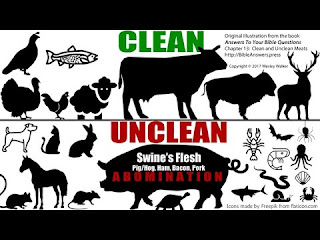 A few years later, the Apostle Peter had a dream, three times he had the same dream. One commentary called it a nightmare! In the dream, he was supposed to eat food that had been held as taboo for centuries.

Today in America we think little of eating shrimp and lobster, pork, and of cooking our steak in some butter. But in Peter’s time, these were all taboo foods and taboo combinations of foods. Mixing dairy with meat is a no-no. In Israel, some of these food taboos are still observed today.

For Peter to eat these taboo foods meant challenging everything he had ever thought of as sacred. He realized that the dream was not really connected to food but to people. He had been taught that worshiping with non-Jewish people was taboo. What could God mean by declaring that the taboo foods and actions and people were now not taboo, and actually encouraged?! 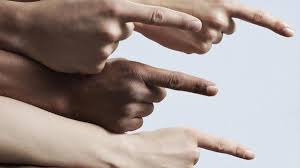 In the story from Acts, Peter is at a council meeting of Jewish Christians – including some of the first disciples. They have accused him of committing taboo actions, and he must tell the story of how he came to Cornelius’ house, ate with the family, and baptized the household of non-Jewish people.

Essentially, the accusation is one of the sets of seven deadly words in the church: “We’ve never done it that way before!” Peter has to prove it is what Jesus wanted. 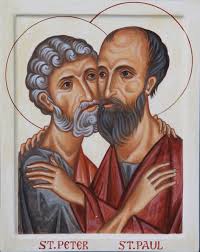 These Jewish Christians in the first years after the resurrection must figure out how to do what Jesus has sent them to do. Eventually, it is decided that Peter will reach out to Jewish people and Paul will reach out to non-Jewish – Gentile – people. The disciples all have to figure out what Jesus meant. Who, they must discern, is worthy of love? Does Jesus really mean everyone??!

Paul, in his travels and ministries, must figure out whether new believers must be circumcised -- will adult males be willing to convert if this is a requirement? Must new believers obey the Jewish food laws? Is it enough that they are baptized and willing to learn more about Jesus and about the faith? Paul and his companions, too, must figure out who is worthy of Jesus’ love, and how they express that love.

It is just as much a challenge for us today, although the specific issues may be different. Who is worthy of Jesus’ love? How can/may they express that love? 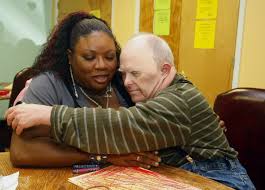 … We have lots of taboos that are employed to exclude or at least limit access to Jesus’ love. Racism, size-ism, ageism, able-ism, sexism, are all used to keep people away from Jesus, or Jesus away from people. We tend to look at people who are different as defective, and maybe not worthy of Jesus’ love.  Certainly, they are not worthy of our love, we think.

People with disabilities often face discrimination. They are shunned or bullied or humiliated because they are different. They are forbidden to receive Holy Communion because it is assumed they can’t understand it. Some people believe such people are not worthy of Jesus’ love.

Fortunately, other people know every person has God-given gifts. Jean Vanier founded L’Arche communities for people with intellectual disabilities and those who care for them. He was passionate about advocating for these folks.

He began by learning how miserable life was for such folks who were forced to live in institutions. He met two men and invited them to live with him. The more time he spent with them, the more he recognized that they had gifts and could teach us a lot about love. Today, there are 147 L’Arche communities in 38 countries. 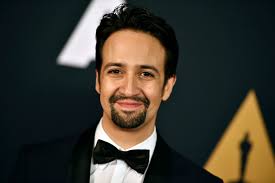 Because God loves us, we can love others. How well do you obey Jesus’ commandment to love others as he loves you? 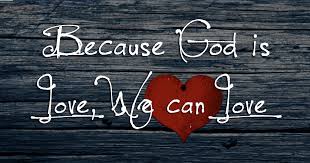