Here we are in Holy Week, the strangest Holy Week I’ll bet any of us have ever experienced. It’s common during this week to ponder Jesus’ life and death, the way he gives his all for us. This year, our awareness of death is heightened. It’s never far from our minds. Stay home. Wash your hands. Wear a mask. Prepare to grieve. 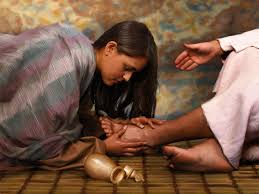 Jesus, too, is preparing his disciples to grieve. Jesus’ words often have multiple meanings. Here, Jesus turns the perfumed oil Mary has lavished on him to soothe his dry skin into something more, an anointing for burial.

Fortunately, we know there is a happy ending to the story. The tomb can’t hold him for long, and never will again. At this point in the story, he has done what he set out to do: give sight to the blind, give hope to the hopeless, challenge the powerful, raise the dead.

Jesus reminded people that God is always doing new things, just as Isaiah and the Psalmist promise. God continues to do new things today. Just look at how we have been forced to learn to use technology and the people who understand it to keep us connected, to help us be together to worship!

While this disease ravages our world and has physically divided us one from another, we seek to be together any way we can. We want to help those in need. For example, Facebook is filled with photos of people making masks out of bandanas and other cotton fabric and giving them to those in need. There are stories of individuals and corporations giving funds to support food pantries.

Keep up your prayers. Keep up your phone calls to each other. Keep coming to online worship. It is not the same, but it is better when we all sign in, and we know we are together.
And never forget that the tomb is empty. If God can do that, God can do anything! 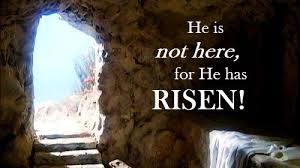 Posted by Pastor Lynn Fonfara at Monday, April 06, 2020 No comments:

Who is this King?

In the US, demonstrations happen all the time. They have happened since the earliest days of our country. Some of them are remembered and celebrated as acts of patriotism, others are recognized as illegal actions. Some are both.

The Boston Tea Party was a demonstration against taxation on tea.

·         John Brown’s raid on Harper’s Ferry was an attempt to start a revolution against slavery.
·
Rosa Parks' refusal to stand up from her bus seat was in defiance of a local law giving preference to white people. 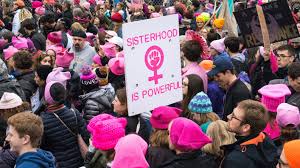 ·         The Pride parades that occur in most cities and towns around the country began as a protest and now are also a celebration of the increased freedom and rights of the LGBT community.

·         The months of demonstrations in Hong Kong reflect their insistence on a more democratic form of governance than Beijing officials intend for them to have.
·
I suspect that when we are free of the COVID-19 virus, there will be a significant number of demonstrations in celebration that a virus can’t conquer us. 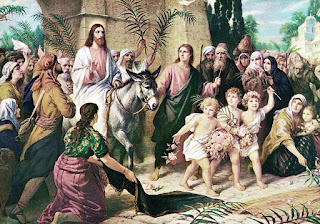 Just so, it was a demonstration that Jesus orchestrated in Jerusalem 2,000 years ago. Especially in Matthew, Jesus is seen as the new Moses, the new King David. So, Jesus puts together a parade that was intended to show him as the Son of David.

I especially like the way one commentary put it: … 2,000 years ago the city of Jerusalem was overcrowded with people celebrating the Passover when a protest demonstration was held just inside the city gate near the suburb of Bethany. In an obvious parody of the emperor, a local itinerant preacher and healer is said to have ridden a jackass into town, where he was greeted with shouts of “Hosanna” as though he was a conquering general.

People were reportedly seen waving palm branches and throwing their cloaks on the road before the mock emperor. The crowd dispersed before authorities could arrive. Sources inside the temple guard said that “a certain Nazarene” had been identified as a person of interest. A spokesperson for Roman governor Pontius Pilate would neither confirm nor deny the allegation. 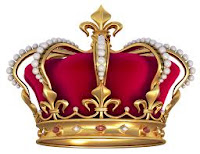 Just what is Jesus up to here?
It looks like he is claiming his right to the throne of Israel. But, this is some parade, some demonstration. A true king or emperor would have hundreds of people gathered along the parade route, while Jesus may have had 20 or 30, maybe 50. A true king would ride a magnificent, powerful steed, not some little donkey. A true king would have professional flags and banners, maybe a red carpet, not just a few branches and some coats to cover the dust on the road.

Expectations were high for Jesus’ disciples and supporters. Mostly, they were expecting Jesus to be the new King David, who would gather an army and defeat the Romans. They wanted to return to the “real” Israel, or actually, the real Judea as it was then called.

However, Jesus has something quite different in mind. Jesus has in mind giving up his crown. Jesus knew that as God’s Son, he is going to be humbled. He is a slave, not a king, having left behind his royal, divine self when he became human. He has become human in order to live as a human, experience humanity, and in the end, be killed. His message is contradictory to the message the powerful give.

I have been reading a book called Resistance Women, by Jennifer Chiaverini. It is about "white" and Jewish women and men resisting Hitler in the 1930s and 40s in Germany. They risked their lives writing, speaking, and organizing in a movement to end Hitler’s reign and its consequences. In the end, they are exposed, and face death or imprisonment in Nazi death camps because of their work against the Reich. Legally, they are traitors.

Legally, Jesus is a traitor. He is arrested, tried, and crucified because the message he gives is against the law in the eyes of the Jews and the Romans. Yet he willingly gives up his life, because his message is so important for us to hear.

Jesus’ message is life-saving for us, when we believe in him and in God’s love and mercy. His crown is not of gold and jewels. It is made of thorns. Because that is what was best for us. That is how God speaks to us. That is how God shows how beloved we are, that God is willing to come and live and die for us. 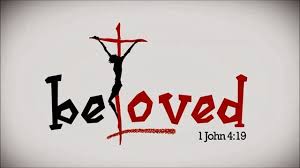 For today, wave your palms. Enjoy the excitement of Jesus’ triumphal entry into Jerusalem. But, be prepared for Jesus to begin to push the boundaries. Be prepared also, to weep as he gives himself up. For us.

Posted by Pastor Lynn Fonfara at Sunday, April 05, 2020 No comments: