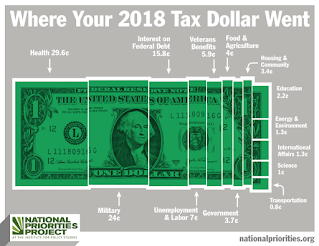 I want to start by talking about why we pay taxes. This image gives an outline of some of the things our federal taxes pay for. Please notice that this is an image from 2018, long before the pandemic threw everything out of whack.


Large portions of our tax dollars pay for health care, military, government, and unemployment. Smaller portions pay for housing, education, food stamps, and transportation. Included in this budget are some funds for our local communities’ needs, like roads and bridges and firefighters. The taxes we pay help the community as well as needy people.

Over the decades, programs that used to exist to give aid to the needy have been reduced or eliminated for various reasons. In response, charitable organizations have imperfectly but faithfully taken up the challenge to care for the neediest people among us.

The more federal and state budgets are cut, the more churches and other charities move to provide care. Which results in a system where, if we care about needy people, we either pay Uncle Sam or we pay Jesus – through our offerings to the congregation and other organizations, like Interfaith Emergency Services. 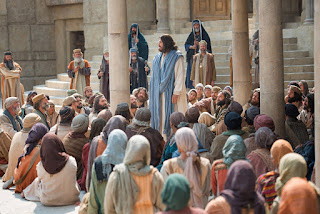 So, if the Pharisees asked Jesus today, “Is it lawful to pay taxes, or not?” I believe he would have answered the same way. Jesus’ answer centered on whose image was stamped on the coin. In this case, the image was that of the Emperor.

This is not so simple an answer as it seems in our world today. Our money has the face of dead presidents and leaders on it. George Washington, Ben Franklin, and Susan B Anthony, to name a few. We have made heroes and role models of these people, but we do not see them as gods. But in Jesus’ time, the emperors – the Caesars – thought of themselves as partly divine. 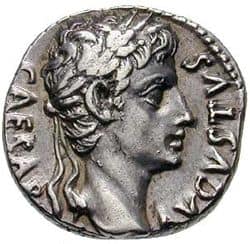 So, when Jews handled a Roman coin, they were touching the image of a foreign god, which is something they were forbidden by the Commandments to do. In addition, the tax in question may have supported the Roman army’s presence in Jerusalem. It has long fascinated scholars why a Pharisee would even have one of these coins in his pocket!

And, of course, Jesus’ answer reminded the Pharisees that since everything on earth belongs to God, the tax and the coin cannot really be separated from that which belongs to God.

Because everything in creation belongs to God, the Pharisees ask Jesus a trick question. They are using the politics of the day, some partisan politics at that, to get Jesus to either denounce God or denounce the Romans. They know what they are doing. And Jesus sidesteps the trap by saying it’s both-and.

Human government and politics may not be fair; in fact, laws are often more fair for some than for others. God’s government, God’s politics are always fair and just. Human government usually gives advantages to the people who own stuff and have power because of how much they own. God’s politics focus on mercy and forgiveness for all, not just for the wealthy and powerful.

It’s true that taxes may not be fair – they weren’t in Jesus’ time, and today, some taxes are more of a burden on poor people than they are on wealthy people. But, it is through our taxes that we have the freedoms we have in the US.

As we continue living in the uncertainty of a world aflame with division and pandemic, those of us who are able to give offerings and pay taxes are an essential lifeline for those who are ill or who are not able to work because their job no longer exists. 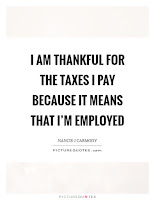 Our offerings pay for sermons, and Bible study, and well-maintained buildings. They also support the ministries we do with others in the community, the Synod and in the ELCA. Our taxes pay for roads and restaurant inspections and schools and hospitals. As a proud Lutheran, I happily give offerings so ministry of all sorts can happen. And as proud a citizen of this country, I happily pay taxes so we can be safe in all sorts of ways.

Legend said in Moses’ time that anyone who saw the face of God would die. As God made arrangements to meet with Moses and Aaron on the mountain, God warned that people should not approach the mountain, or they could be killed just by being too close to God. God was literally “Putting the fear of God” into the people.

This understanding of the need to fear God remained until Jesus came to show us the human face of God. Jesus totally reversed the warning. Now, he says, we can see God and know who God is and what God says. The image we have of God through Jesus is that God is to be revered, held in awe, but not feared. 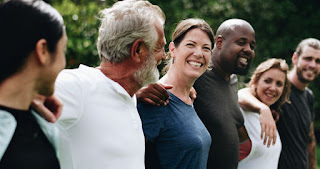 And since the time of Jesus, we are encouraged to see God’s face, God’s image, in those around us – including those around the world whom we have never met. When those in whom we see the face of God are hurting, we want to help them, and we help them by increasing our offerings and gladly paying our taxes.

This week, I encourage you to spend some time pondering your attitude about what you give to Caesar and what you give to God. I hope you discover you are thankful you have enough to give generously to both. Amen

Posted by Pastor Lynn Fonfara at Sunday, October 18, 2020 No comments: