Let’s start today’s sermon with a review of Luther’s Small Catechism, with his explanations of the Ten Commandments. Where did the Commandments come from in the first place? … (Moses, Exodus, Deuteronomy.)

Do you remember what the 5th Commandment is? … (Do not murder/kill)

The Fifth Commandment
You shall not murder.
What does this mean?
We are to fear and love God, so that we neither endanger nor harm the lives of our neighbors, but instead help and support them in all of life’s needs.

Do you remember what the 6th Commandment is? … (No adultery)

The Sixth Commandment
You shall not commit adultery.
What does this mean?
We are to fear and love God, so that we lead pure and decent lives in word and deed, and each of us loves and honors his or her spouse. 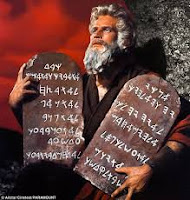 Based on other parts of today’s reading, I could have added the commandments regarding not stealing (7), and not swearing or using God’s name in the wrong way (2), but I think you get the point.
There is an official name for this section of the Sermon on the Mount. These statements are called the Great Antitheses, think anti-thesis. The word antithesis means the juxtaposition of opposing or contrasting ideas. So when Jesus says “You have heard” … and then adds “but I say to you” he is contrasting his understanding of a commandment with the traditional interpretation. 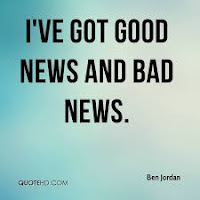 Jesus makes the commandments seem like good news … bad news. At first we feel relieved. It’s good news that we have never killed anyone. We can relax and feel safe from guilt. But then Jesus gives us the bad news – killing means not just the literal death of someone, it’s how we feel and think about someone. Now, be honest – haven’t you once in a while wished someone would come to great bodily harm, so they would stop driving you crazy?

And haven’t you ever lusted after someone, even if you never acted on it?  Haven’t your eyes turned to appreciate someone other than your spouse or committed other? Personally, I am delighted that male models were added to the TV show The Price Is Right!

At the core of the Ten Commandments is relationship. The first three are about the relationship between God and us humans. And the last seven are about relationships with each other, between humans. Jesus makes this even clearer. We are not just to not kill, not be unfaithful. We are to do our best to make life better for others. 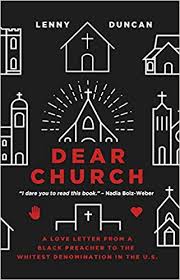 I have asked Council members to read a book called Dear Church: A Love Letter to the Whitest Denomination in the US. It is written by a black ELCA pastor who exposes us to the experiences he and many black youth have growing up in the US. He experimented with drugs, with various sexual experiences, with theft. He landed in jail. Finally, it was a Lutheran Church which called him in, welcomed him, taught him he had gifts for ministry, and demonstrated to him God that loves even people like him.

The reason for reading and discussing this book is the opportunity it presents to look through the eyes of someone different from us. When we do that, when we walk a mile in someone else’s shoes, we learn something about them, and about ourselves.

I find myself talking a lot lately about seeing all people through God’s eyes. I want us all to remember that all people are made in the image of God. And I admit it can be hard to do. From infancy we have been taught to see certain people as less than us, or as more than us, as better than us or as worse than us. In truth, we are all the same in God’s eyes. Not better, not worse than others, we are all beloved children of God, sisters and brothers with Jesus. 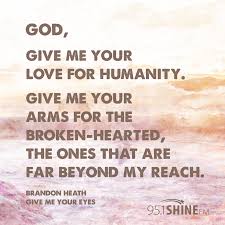 The song goes on to describe a girl who smiles but tries to hide the pain in her eyes, and a man who shows up at the commuter train even though he has lost his job and doesn’t want to tell his family.

When we look at someone else, we tend to judge them. We too easily forget that we don’t know what is happening in their hearts. We assume they are fine. Or, we don’t know that they may be hurting or seeking something better, less painful. 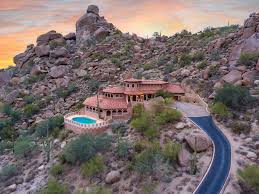 So, a story. Pastor Bob spent most of his ministry developing churches and organizations in the poorest parts of large cities. After 35 years or so, the Synod Bishop invited him into the office. “Bob,” the Bishop said, “I want you to interview and seriously consider a call to XYZ Lutheran Church.” The Bishop named a church in a very wealthy part of the synod. Bob replied, “But I prefer inner city ministry,” The Bishop countered, “I know all about your preference for poor folks. But I have seen how you develop not just the church but the whole neighborhood and I want you to do that at XYZ.” Bob continued to argue against going to XYZ Lutheran Church. Finally, frustrated, the Bishop put it this way, “Bob, rich people need pastors, too.”

I think most of us here are middle class folks, neither wealthy or poor, though I know some have more than others do. We seem to be a good fit together, and usually see other members as also made in the image of God. We have a similar, white people’s outlook on life and ministry. 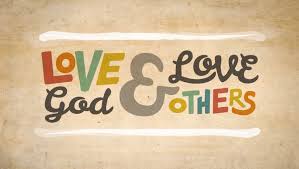 When we imagine or envision the St Matthew’s Lutheran Church of the future, what does it look like? Who is sitting in these pews? Are some of them people like Pastor Lenny, who grew up poor and black and don’t know God loves them? Will some of them be people like those Pastor Bob was reluctant to serve, who have money and yet don’t know God loves them? Will they be middle of the road people like us who are already here, who also occasionally forget that God loves us?

The way Jesus interprets the commandments forces us to think about them differently. They force us to ask ourselves: In what ways have we done our best to make life better for our neighbor? How have we helped and supported them in all of life’s needs?

Will we take seriously Jesus’ Greatest Commandment, which summarizes the original Ten Commandments and his antitheses as well? Will we remember and take to heart the commandment to “Love God with our heart, soul, mind, and strength, and to love our neighbor as ourselves?” Will we love whoever our neighbor is?

Posted by Pastor Lynn Fonfara at Sunday, February 16, 2020 No comments: