I once had a friend who was colorblind, and he occasionally asked me to read the directions for cooking a frozen meal in a red and black box. Ever since then, I have been aware of the challenges of being colorblind. So, it caught my attention when I saw an advertisement from Tennessee about its beautiful fall colors. To colorblind people, there is different beauty to be seen. But Tennessee has recently installed viewers that correct for colorblindness in some of the most scenic places. Now, people will be able to see the hills of Tennessee in new ways. 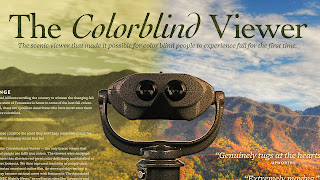 The stories told in our texts today also are about seeing in new ways. It has been about a month since the Israelites left Egypt and slavery behind. They have already forgotten that aspect of their time in Egypt because they are hungry. The flour for unleavened bread is gone. They don’t have animals to slaughter for meat. There are no fresh vegetables available, at least in sufficient quantity for the group of travelers. So they complain to Moses and Aaron.

Moses and Aaron say, “Hey, it’s not our fault! Complain to God, not to us.” But they go to God and tell God what the people are saying. And God responds with the promise of quails at night, and manna every morning.

Manna is a mysterious substance that appeared every morning after the dew lifted. One description I found said it was the size of a coriander seed and white, which seems more pleasant than the other description, of bug spit. Somehow, this manna appeared in sufficient amount for each day, but leftovers rotted, except on the Sabbath.

God wanted it made clear that the people were to recognize that this manna and poultry came from God, who brought them out of Egypt. They needed to see in new ways, that God was not ignoring them, that God does hear their concerns and responds.

The Gospel reading is one of the hardest parables to understand, because it defies human logic. It is a clear demonstration of God’s economy – but we’ll get back to that later. Let me start by saying that understanding the parable requires us to see in new ways.

For most of us, a hard day’s work gets us a day of pay. To maintain a place to live, put food on the table, have clothes to wear, and so forth, we need to work several days a week. 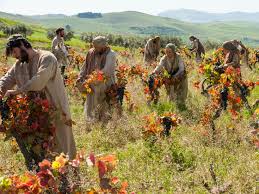 In Jesus’ time, a lot of work was done by day laborers. We still have day laborers, but it is not as common as it used to be. Perhaps we might think about migrant workers who pick our fruit and vegetables. They work on a similar basis.

Let’s just stay with Jesus’ time, when the laborers would gather early in the morning and wait for someone to hire them. They would go to the farm or quarry or wherever and work. In this case, the location was a vineyard. Four times during the day, in this parable, the landowner came to find workers for the vineyard. 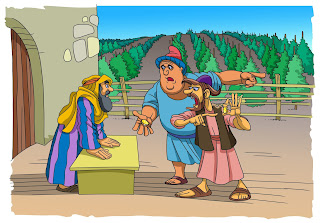 When the day was over, they lined up to receive their pay, and they all got the same amount. The last hired were ecstatic, the first hired were angry and took their grumbling to the boss. “Where is the problem? I promised you a day’s wage, and that is what I gave you. I have not cheated you. Why does it concern you that I gave the same amount to the others? Is it not my money, to do with as I please?”

Here is where God’s economy comes in. How many times in Scripture do we read that those who have plenty are charged with taking care of those who do not have enough? In human economy, money seems to be finite. The checkbook balance is $20, and not $100.

Notice that in our reading, the usual word “kingdom” has been replaced by the word “dominion.” Jesus says, “The dominion of Heaven (or God) is like … . Kingdom has an earthly feel to it, a human-ruler-kind-of-place with boundaries, of in-groups and out-groups, of wealth and poverty. The word dominion has a more expansive feel to it, more universal and inclusive.

In the dominion of God, there is no hunger or thirst, no power-hungry or greedy people, because everyone has enough. It seems unrealistic, in human terms, doesn’t it? In our normal world, there are always people who have – a lot of stuff, a lot of money, the best jobs, the most justice – and there are people who wish they had some, enough. 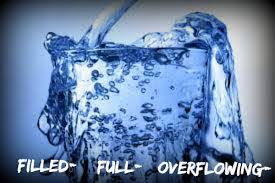 In God’s dominion, there is enough for everyone, … and leftovers! There is peace between people, because they understand the importance of forgiveness and acceptance. It seems impossible, doesn’t it? And, yes, it is, unless we begin to see the world and the people around us in new ways.

The dominion of God in our place and time starts with us, each of us, with you and me doing our parts to bring it to life.

It starts with you and me seeing hungry people as deserving of food and clothing and a place to be.

It starts with you and me seeing different skin colors, different abilities, different political outlooks, different cultures, as equally deserving of God’s love and care as we ourselves are.

More simply put, it starts by recognizing that it is God who gave the manna and the quails because God heard the people say they were hungry.

Even more simply, it starts with God’s grace overflowing into our lives and the lives we touch. Amen 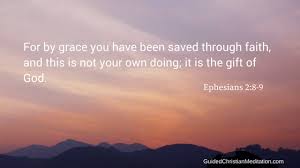 Posted by Pastor Lynn Fonfara at Sunday, September 20, 2020 No comments: