I have this little patch of plants in the front of our house. Some stuff does ok; some stuff doesn’t grow as well. What does grow well? An invasive vine! I work to get rid of it, think I have it all, and a couple weeks later – there it is again, wrapped around the plants I do want. Turns out, it’s skunk vine, and persistence is required to even deter it.

Farmers in the ancient world knew that a seed planted in fertile soil, with the right amounts of sun and rain would produce a healthy crop. Science has taught us how plants work, creating hybrid seeds and chemicals to make the crops grow better, even in poor soil or bad weather. But science can’t tell us why the plant grows in the first place. It’s a mystery of creation, part of the Divine plan. 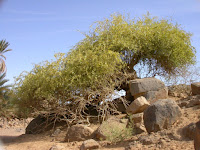 The way the dominion of God spread was and is part of the Divine plan. Jesus tells the disciples that the dominion of God will be like mustard weed, growing everywhere, even where it isn’t wanted. He says it will grow mysteriously, like a seed planted, buried, and left on its own.

History has shown us how Christianity grew from Jerusalem and Galilee to spread around the world. Here are some maps which demonstrate the spread. This first map shows that by 250 CE Christianity had spread from Israel to Turkey, Rome, Africa, and Spain.

Over the centuries, Christianity – God’s reign – spread at first like mustard weed. It started with the disciples and the first generation of witnesses. They told others, who told others, and the good news spread around the Mediterranean. Businesspeople traveled with their servants around the sea or east toward India, and the good news spread, especially because servants who believed in Jesus talked with other servants, who became believers, and so forth.

Then in 312 CE Christianity became legal, and it spread, again like mustard, across Europe and the northern coast of Africa. In this second map we see that by 500 CE, Christianity had spread to Europe, Britain, much of northern Africa, Egypt, and even to India.

Once Christianity became normal, it easily spread throughout Europe. It was even made the legal religion. You might recall the existence of the Holy Roman Empire, which was neither really holy, nor Roman.

By the time Europeans were crossing the Atlantic to the Americas, there were large families, with ten or more children in the family, filling the church buildings. It was no longer necessary to tell others about Jesus, because the growth was exponential already. 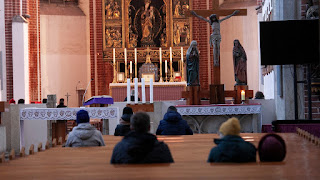 Today, however, families often have only one or two children, barely enough to replace the parents and grandparents in the church. Since one or more of those children will choose a different church, or no church, church membership is shrinking. Now, Jesus’ Church is growing like moss on a rock, not like mustard weeds at all.

So, guess what will make the churches grow? Telling the stories of how Jesus has been important in our lives, just like the first generations did. In April and May, several members took time to learn about inviting others to know Jesus by sharing their own faith stories. When we know our own stories, it is easier to make connections with people who don’t know Jesus, or who are not interested in “organized religion”.

Some common faith stories involve a baptism or a wedding or a funeral. They may involve praying for a loved one to be healed, or to be safe from harm. They can also be brief moments that seem insignificant at the time, but have a great impact over a lifetime. 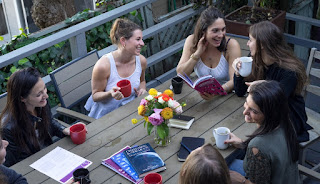 My own faith story includes a small moment that has had a lasting impact on me. When I was a young mother, I attended a women’s retreat morning. The speaker was teaching about prayer.

We can use that same approach with telling our faith stories. When we are having a conversation with someone, and our heart starts to beat faster, we are urged to talk about the faith story that has come to mind. It’s Spirit whispering, or maybe even yelling, at us to speak up. 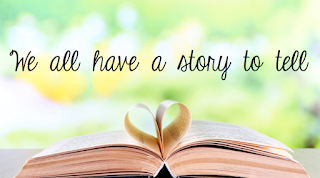 When we remember how it was with God’s help that we got through a tough time; or how our church family made us feel welcome; or how one church member took the time to show us where the restroom was; these little or big things become part of our faith stories. When we hear someone with a similar situation, we can say, “Here is how Jesus, or my church family, helped me.”

And, here’s the nitty gritty. If St Matthew’s Lutheran Church is going to grow, telling the story of Jesus has to become important for everyone. Let’s become like the first few generations of disciples, so excited about the good news that we share it with everyone who will listen. Let’s learn to pay attention to Spirit’s whispering in our hearts and speak the words that are already there. Once we have told one story, more stories come. Eventually, the stories come like mustard weeds, and the congregation will grow as a result. Let’s be the wind that blows the mustard seeds around so it is seen can be found everywhere. Amen

Posted by Pastor Lynn Fonfara at Sunday, June 13, 2021 No comments: