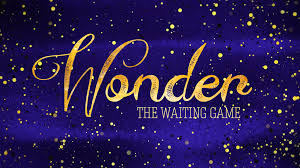 Advent, as a season, leads us to wonder. First, we may wonder why the Lectionary committee chose these particular texts for the season of Advent, especially for today. We are ready to hear once more about Gabriel’s annunciation to Mary. We want to hear how Joseph reacted to Mary’s news that she was pregnant.

Instead, we are led to wonder why we are starting Advent at the end of the story, with the disciples wondering when the Son of Man would return. … And we wonder, along with the first disciples, when Jesus will return. Why did he say that even he didn’t know? … And we wonder at the whole story. Did Mary really give birth to Jesus, who became the savior of the world? 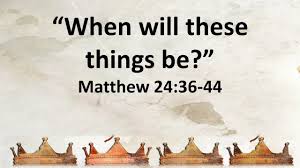 This week, in our season of wondering, Jesus once again answers the disciples’ questions about the coming of the end of the age with the claim that he doesn’t know. No one knows, not even the angels, who are God’s messengers, and certainly likely to know, if anyone knows. Only God knows, and God is not telling.

… One question we have is, “What is the end of the age?” Is it a cataclysmic event? Is it what the book of Revelation describes, with the earth on fire and the four horsemen coming? Or is it something different, life-changing, but not cataclysmic?

Jesus says the end of the age will be like Noah’s neighbors, who went on with life as usual, until the rains came and washed them all away. It was cataclysmic for Noah’s neighbors, and life-changing for Noah and his family.

In the first century, the end of the age was the Roman conquest of Jerusalem and the destruction of the temple, just 40 years after Jesus’ death and resurrection. This event changed the lives of the Jews forever, forcing them to worship differently forever, offering sacrifices of prayer instead of animals and grain. 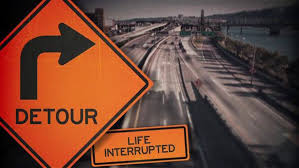 Will the end of the age be a catastrophe, or will it be something smaller, a lot of little things, that change our lives? Jesus describes women and men living their normal, daily lives, who are suddenly gone, taken forever away from their families and communities.

For most of us, it will be “life, interrupted”. It may be a health crisis. It may be a breaking relationship. It may be a recognition that we are addicted to something unhealthy. It may be a wildfire that destroys an entire town. These heart-stopping, life-changing events bring us to our knees in prayer. They are the end of the age of our old lives and the beginning of our new lives.

For Mary and Joseph, the sudden appearance of the Angel Gabriel was life changing. Their betrothal suddenly became a marriage. Their first child was not really their own. They must have wondered how they could be the parents of the Messiah, how could they raise the Son of God. Jesus’ birth was the beginning of the new age, and the ending of the old age. 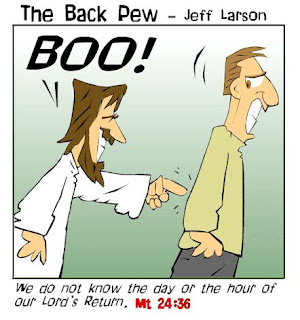 In the last week, at various times and places, I have spoken with some people who in their own ways are making themselves ready for an end to their old age and the beginning of their new age. It is as if Jesus interrupted their old lives and helped them begin new lives.

If we are to be ready for Jesus to interrupt our lives, we must be ready for anything. We must be open to recognizing Jesus’ presence in little and great ways. Sometimes, that recognition will lead us in new directions, a new age in the same life.

A story: One day a few weeks ago, “Joe” asked me to pray for him. When I ran into him a week later, he thanked me for praying for him. He said he has been attending a 12-step program and wants to get closer to God. He is not sure how to do that, other than to add time for prayer to his life. 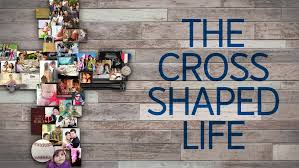 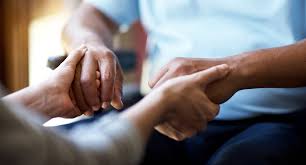 In the last few weeks I have been visiting our home-bound members. They share with me how different life is since some “stuff happened” in their lives, and how, for some of them, that stuff has brought them closer to God.

Our homebound folks know they are all facing an end to the current age of their lives.  … They are lonely because they can no longer drive. … They work on regaining what has been lost by doing therapy. … They know God will get them through the losses they are facing. They are filled with wonder, and some worry, at what God is doing in their lives.

Advent is a time to pause, to openly wait for new things to happen. Isaiah shows us what is possible: swords becoming plows; an end to war once and for all. Paul encourages us to put on Christ, to put on the armor of light. These possibilities can only become real if we work for them to become the new way of life, the new age. 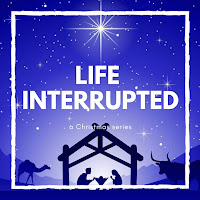 Life happens. God often interrupts our every day living with something new. Are you open to letting it happen? Are you open to seeing a new age? Let’s spend this Advent in a spirit of openness and wonder, for all the new things God is doing among us.

Posted by Pastor Lynn Fonfara at Sunday, December 01, 2019 No comments: