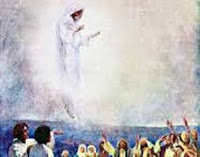 Last Thursday was Ascension Day, the day when we celebrate that Jesus ended his post-resurrection appearances on the earth and ascended into heaven. The observance of the day often takes place on the Sunday following, though we also took some time to talk about it last Wednesday evening.
In the Gospel reading, it is the last evening before Jesus’ arrest and trial. He is preparing the disciples for his departure, speaking as if he is already gone. “I am no longer in the world,” he says. “As I return to you, Father, give me back the glory I once held as part of your very being.”
… In Acts, the resurrected Jesus says goodbye to the disciples, and promises them they will receive power from the Holy Spirit. He tells them they will be his witnesses, giving testimony to all that he has said and done. And, he is lifted up, disappearing into the clouds. He has ascended into the heavens.
Just as suddenly, two men in white robes appear. We assume they are angels, divine messengers. They say something puzzling. “Why do you stand here looking up where Jesus has gone? Don’t you know he will come again the same way?” I believe that this means that Jesus returns to us through the Holy Spirit, just as he promised. We’ll come back to that idea on Pentecost.
What is important for us today is that Jesus has ascended into heaven. He is reunited with God the Father and the Holy Spirit. He once again has the same divine power and knowledge that he gave up to become human, to be like us. Just what this means is intentionally a mystery. Maybe I’ll ask God about it when I die.
… For now, let’s think about the rest of Jesus’ prayer for the disciples from the Gospel of John, since it is intended to be for us as well. Because Jesus has been among us, walking on the earth, speaking God’s words, sharing God’s heart, we know now that we belong to God. And God belongs to us, a sort of mutual admiration society. 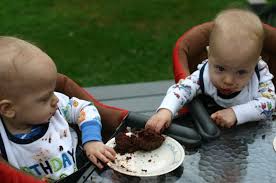 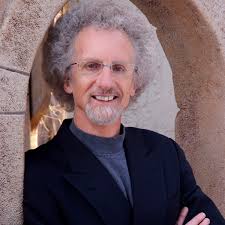 Grace can be one of those hard to understand theological concepts. Or, it can be a lived experience. I found this story about grace, told by Philip Yancy during an interview about his book What’s So Amazing About Grace?
Yancy says: I met my friend Tom, whom I hadn’t seen in fifteen years.  Tom was a hard-drinking, lovable partygoer who stopped going to church soon after college.  Last year his live-in girlfriend decided she wanted to attend church because of some crisis she was going through.  Tom reluctantly agreed.  That morning he sat down and started playing his guitar.  Thinking of church, he resurrected three hymns from his distant memory.  “Those are beautiful—what’s the music?” his girlfriend asked.  Tom explained the words to the hymns.
They chose a church out of the phone book, and to Tom’s utter astonishment, that Sunday the congregation sang all three of those hymns.  It so rattled Tom that he completely turned his life around.  Listening to him tell the story, I couldn’t help laughing in surprised joy.  I have a memory of Tom so drunk that he fell over while trying to roll a ball down a bowling alley; we had to pull him away from the ball return channel.  And now here he was, weeping, telling me how God had changed his life.  Think of the “coincidence” of those three hymns being played the one Sunday that Tom dropped into church.  Was that a miracle?  It was certainly grace. 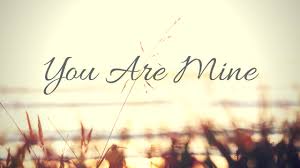 … Because Tom always belonged to God, he felt welcomed by God in this new-to-him congregation. It certainly was amazing that those same three hymns were sung. Did God help them choose the congregation that would be just right for them? I believe so. I call that a God-incidence. I call it grace. And I call it God saying to Tom “You are mine.”
If Jesus had remained on earth, few people would have known about how much God loves us. Even after his resurrection, the number of witnesses is small in comparison to the charge given to the disciples: Go and tell the world! Because Jesus ascended into heaven, we can be assured that God the Father, God the Almighty, God the Creator of all, truly knows what it is like to be human.
God claims us, calls God’s own and in turn, we can say we to God, “You are mine.” We can say, “You are my God, and nothing can get in the way between you and me.”
As you sing along with the hymn of the day, hug yourself. Feel God’s arms – or Jesus’ arms – around you as God says to you, “I love you and you are mine.” Allow the Spirit’s fire to engage your heart. Rest quietly and trustingly in the thought of God saying to you, “I love you and you are mine.”
Amen