During the season of Epiphany, we explore who Jesus is and how he brings light into the world. This week we get the story from John’s gospel of how John the Baptist and the first disciples testify to Jesus. These verses are filled with titles for Jesus. 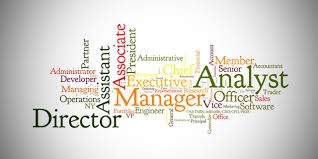 Titles are important; they help define who a person is. In business, President, Treasurer, Secretary, Manager, Employee are all titles that tell us who does what, who has power and what kind of power. 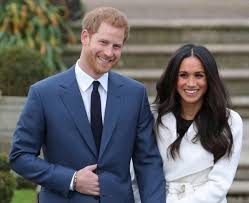 Titles define royal persons, their rank, and how important they are. In recent weeks, the newscasts and newspapers have been filled with the news that Prince Harry and Duchess Meghan have decided to withdraw from many royal responsibilities.

Royal watchers around the world have been stunned. The big questions have revolved around the main issue: will they continue to be Prince and Duchess? In other words, will they retain their royal titles?  … As it turns out, it was announced Saturday that they will retain the titles of Duke and Duchess of Sussex, Harry will remain 6th in line to the throne, but they may not be called their Royal Highnesses.

Back to the Gospel. John the Baptist (Let’s call him JB to separate him from John, the author of the Gospel) refers to Jesus with several titles. JB is a celebrity. He has crowds following him, into the desert to hear him preach, into the Jordan River to be baptized. Here he says Jesus is greater than he is.

He sees Jesus and points to him. “There goes the Lamb of God,” he says. The title Lamb of God refers to several Old Testament images, especially the lamb which will be sacrificed at Passover.

This “Lamb will take away the sins of the world.” We like to think Jesus came just for me, or just for me and my Lutheran friends, or just me and my Christian sisters and brothers. But that limits God’s purpose in sending Jesus. Jesus’ coming is cosmic, intended to heal the entire universe and all its inhabitants. Jesus’ coming is intended to bring healing and restoration to all of creation, to our little gardens, and to entire oceans. Did Jesus know we would need this message so badly in the 21st century?

JB then says something that will be reflected throughout the entire Gospel: Jesus is the Son of God. Eventually, the disciples will come to understand that Jesus is God incarnated, God-in-human-flesh. But, at the beginning, they don’t get the full meaning of this. Many emperors and pharaohs have called themselves god, and their sons are the sons of God. So, until the death and resurrection of Jesus, they will not fully understand this. But, little by little, Jesus draws them closer and closer to seeing who he really is.

The disciples have two titles for Jesus in this text: Rabbi and Messiah. Rabbi is roughly equivalent to Pastor – rabbis were and still are teachers and preachers. I assume they were also caregivers, leading the people in community rituals like burials and weddings.

The title Messiah means “anointed one”. It refers to those who are called by God for special purposes, for leadership of the whole people of Jews. Kings and High Priests were all anointed, and therefore could be called messiahs. A few outsiders were also called messiahs, such as Cyrus the Persian who conquered the Babylonians and send the Jews back to Israel.

There is a theme in biblical prophecy that there will come a time of universal peace and recognition of God. The belief is that whoever is the king of Israel at that time will be THE Messiah. Since everyone, in every time and every place, wants peace, the coming of the messiah will be wonderful news.

Jesus himself has a title to offer to one of the disciples, too. He meets Simon and tells him he has a new name for him. He says, from now on you will be called Cephas, which means Rock. The English translation is Peter. There is no reason given in John for this name change; it’s only in Matthew that we learn that Jesus intends for his church to be built on the Rock of Peter’s faith.

Which of these titles appeals to you when you think about Jesus: 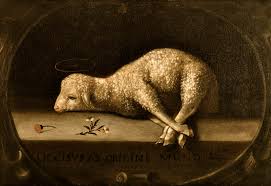 Is he the Lamb of God?
Is he the one who takes away the sins of the world by sacrificing his own life? 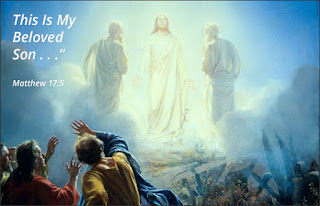 Is he the Son of God?

We have other titles that describe who Jesus is. Some titles lift him up as divine, as high and mighty and powerful: Beautiful Savior, King of Creation. We also call him Friend and Brother and Babe of Bethlehem to make him more human, more like us. To fully appreciate who Jesus is, we need all these titles, all of these ways of thinking about him. 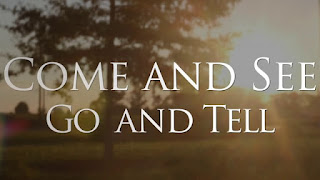 We are Jesus' disciples and we are not supposed to keep what Jesus is doing to ourselves. Remember, Jesus has not just come for us, but for everyone. We are called by Jesus and sent out to tell others what Jesus is up to. We have so many titles, so many ways to think of Jesus that it should be easy to find one that helps tell others about him. This is why I love to end worship on Christmas Eve with the hymn “Go tell it on the mountain”. In fact, we could sing it every week as a reminder that we are called to share the good news of Jesus with others.

This week, I hope you will think about who Jesus is for you, and look for ways to tell others about him. Amen

Posted by Pastor Lynn Fonfara at Sunday, January 19, 2020 No comments: