One of my pet peeves is to walk into a restaurant and have the server look at Mike and me and say, “Just two?” I know she or he wants to make sure we are not waiting for others to join us. But it makes us feel like two isn’t enough, like we should have brought a friend or two to join us. It’s even worse when I go to eat by myself. “Just one?”
I know that I am more than ‘just’ in God’s eyes. I know that if I am alone or with others, God knows who I am and who is with me. 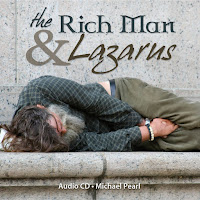 The rich man knows who Lazarus is. He even knows his name. I am sure that every time he walked through the gates to his estate, he looked down and thought, “Oh, it’s just Lazarus lying there. I wish he’d go beg somewhere else.” Just. Lazarus. Almost a non-person.

It’s interesting that the rich man is not named, but Lazarus is. Because I was curious, I checked the Internet. The name Lazarus is the Greek and Latin version of the name Eleazar, which is also the name of one of Aaron and Moses’ brothers. It means “my God has helped.”

The rich man and Lazarus both die and find themselves in the next world, but on different sides of a chasm. They are both with Abraham. The King James Version said, they were gathered to Abraham’s bosom. Now, the roles are reversed and Lazarus is enjoying luxury and the rich man is the beggar. The rich man insists that Lazarus come and take care of him, but because of the chasm, that is not possible. Besides, the rich man has already had his luxury, and not it’s Lazarus’ turn. The rich man is discovering what it means to be “just.”

The scene concludes with the rich man asking Abraham to send someone to tell his brothers that they need to change. But Abraham says, “You all have ignored the warnings of Moses and the Prophets. Even if someone returns from the dead, your brothers won’t believe him and change their ways.”
Jesus tells this parable, not to portray what heaven and hell are like, but rather to teach us that each person is known and noticed by God, and therefore worthy of notice and care by each of us. We are to pay attention to the teachings of Scripture and Jesus, who has returned from the dead, and never treat one another as “just.”
During the eight years I have been here, I have encouraged you often to pay attention and notice those whom many don’t see. So, it’s appropriate this last Sunday that I get one more chance to give you that reminder. A couple of stories:

We often don’t notice the bus people who clear tables at restaurants. Mike and I often eat a late lunch at a restaurant. There is one busser who does such a fantastic job of clearing the tables that I was watching him. He works fast and thoroughly. I noticed how heavy the tubs of cleared dishes are, and how strong he is. As we left the restaurant, I went to speak with him and to tell him I noticed how hard he works. I wanted him to know he was not “just” in my eyes.

I found this photo story about immigration and child labor and couldn’t resist sharing it. The full set of 9 images is available here:   The story and images are 100 years old, but it seems we haven’t learned much in the ways we treat immigrants and refugees. We still tend to see and treat them as “just”.

In 1904, a schoolteacher named Lewis W. Hine started photographing immigrants as they arrived at Ellis Island. Hine was working as a teacher and photographer at the Ethical Culture School in New York City when he started taking his students on field trips to Ellis Island to show them the conditions of millions of immigrants. He believed that if people could see images of the abuse and injustices that were happening in America, it might make social reform a reality.

And, eventually, his dream started coming true. He's now known for creating images that brought to light scenes of child labor, poor living conditions, unemployment, immigration, and human ingenuity. So, let’s look at some of his images. 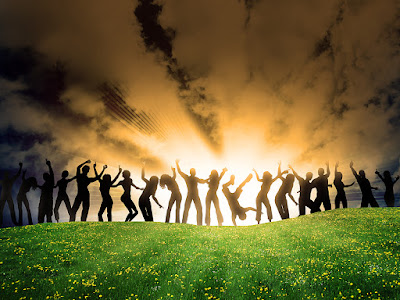 Jesus teaches us to see each person as filled with God’s Holy Spirit, as never “just” anything. I invite you this week to notice when you think of others, or yourselves, as “just.” Remember that no one is “just” in God’s eyes, not even you.

You have been more to me than “just parishioners.” You have been individuals with personalities and your own ways of being God’s children. We have not always agreed with each other, but we have all tried to please God. I will pray for you as persons and as a congregation. And I hope you will pray for me as I face this transition into retirement.


Please pray with me. Jesus, you have given us stories to help us understand you. Continue to teach and guide and challenge us. Show us how to love each other as more than “just” anything, rather as fully embodying you and your Holy Spirit. In your holy name, Amen

Posted by Pastor Lynn Fonfara at Sunday, September 25, 2016 No comments: