Today’s readings are about temptation. Temptations are everywhere, and have been confronting us since the beginning of time. Sometimes, the temptation is to have something that won’t hurt us. Sometimes, the temptation is life-threatening. It can be a temptation to cheat on taxes, to tell half-truths to family members, to become addicted to gambling or alcohol, to use violence instead of words to solve problems, to let someone else do something we should be doing, to not speak up against injustice. 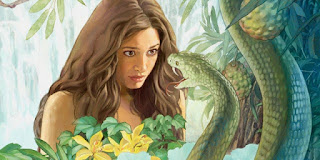 In Scripture, the serpent blames God for misleading Adam and Eve, so Eve eats the forbidden fruit and shares it with Adam. When God confronts them about eating the fruit, Adam blames Eve. “This woman you gave me made me do it.” 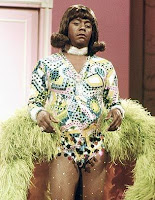 In the 1970s, comedian Flip Wilson portrayed a character called Geraldine Jones. Geraldine frequently claimed that “the devil made me” … do something outrageous, such as buy this dress. We all knew that Geraldine often failed to resist temptation.

In politics, it always seems easy to blame the other party for the problems we are having in the US. The previous President, the current Administration, the Congress, the mayor, the county commission, and so forth, are to blame for … well, you name the issue … the other folks are always to blame. 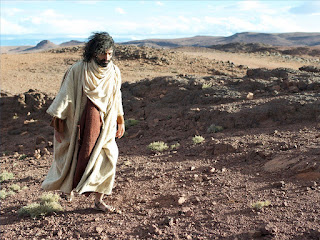 … When Jesus is in the wilderness, there is no one to blame. The Spirit has led him there. While the text doesn’t say so, I like to think God’s Spirit and some angels watch over him while he wanders there. They don’t interfere; they don’t influence his choices; they allow him to face his temptations by himself. But they are there, I believe, watching over him, and they are there when Jesus is ready for them.

Just what tempts Jesus? The desire to take control of the mission must have been powerful. I can imagine Jesus saying to himself, “I know how these people think. If I say this and do that, I can change the world.”

The Devil in this story could more accurately be called The Tempter – with a capital T. The Tempter must have had a strong presence, urging Jesus to assume control of the opportunity. “Just think what you could have if you did this ‘Son of God’ thing my way. I could give you all the money, all the power, all the glory, if you just follow me.”

But, Jesus counters, “If I put God first, none of those things matter. I choose to put God first and live according to God’s purposes. Now, scat, Tempter! Just get away from me.”

Jesus follows God’s plan. Throughout his life, Jesus challenges the rules that put some people in power and leave the rest of the people with as little power and stuff as possible. He speaks truth to power, which means he tells the powerful people that he sees what they are doing, and so does God. He knows it will get him killed, but he resists the temptation to save his life.

… We face temptations all the time. For example, when we watch 30 minutes of TV we are exposed to 7 or more minutes of commercials telling us that a product or service is better than the one we are using now. In addition, we are exposed to “product placement” during the program – perhaps the TV characters are driving a Jeep, or drinking a Coke, or wearing Levi’s. These promotions are all intended to tempt us into spending money on stuff we don’t need. 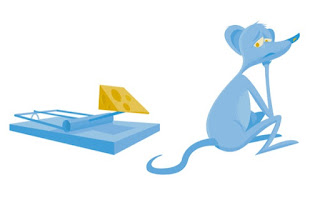 Truly, we do not have Jesus’ divine power and ability to resist temptations. We do not even have Jesus’ ability to always know what is a temptation and what is good for us.
Some temptations are minor, and they don’t interfere much with life or relationships (like chocolate or ice cream). When we become aware of a temptation that is interfering with our life, though, then we need to confront it and figure out how to resist the temptation.

So, where do we begin? I suggest we begin where Jesus began, by asking God for assistance. When the Tempter tries to entice Jesus into leading a life different from what God planned, Jesus quotes the Hebrew scriptures. All of his quotes remind us to put God first in our lives. “We do not live on bread alone, but on the word of God.” “We should not put God to the test.” “Worship only God; serve God alone.”

When the objects of our temptations become more important than God, they create a distance between us and God. We need to challenge them and seek to overcome them. And we can best overcome those temptations by remembering to put God first in our lives, and by seeking to love others even if we don’t like them. 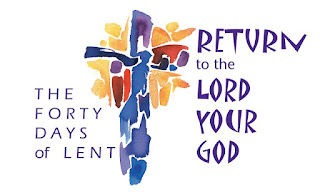 God knows we need help. God knows we are not perfect. And God loves us even when we fail to resist temptations; and always offers us grace, free forgiveness when we need it. Lent is a good time for some self-examination, for confession, to return to the Lord. Lent is a good time for a renewed attempt to get closer to God, and let God get closer to you. Let’s work on that.

Posted by Pastor Lynn Fonfara at Sunday, March 01, 2020 No comments: